Known also as disseminated sclerosis. Multiple Sclerosis is a chronic disease that commonly appears between the ages of 20-40. There are more than 120,000 patients with Multiple Sclerosis in Britain. Every year approximately 5,000 people are affected by MS and the rate is increasing, especially in women. The disease affects more than twice the number of women than men.

The cause of the disease is not exactly known but is the result of a combination of hereditary factors combined with environmental factors. It is possible that it could be a virus that, combined with factors of the immune system, triggers the disease. Vitamin D and sunlight help protect against the disease.

The first symptoms of Multiple Sclerosis are sensory disturbances in the arms and/or legs, reduced strength in the arms or legs, visual impairment and eye pain, dizziness, balance disorders and urinary problems.

Most patients have an ataxial course with new attacks occurring at varying intervals with varying degrees of symptoms. The condition tends to be stable between attacks. After several years, typically 10-12, most MS attacks develop into the secondary progressive phase in which the person, independently of the attacks, has progressive symptoms.

In a smaller portion of patients, the disease starts as a slowly increasing paralysis of the legs without actual attacks and is known as Primary Progressive Multiple Sclerosis.

Research begins with the actual researchers, who can be doctors, pharmacists or biochemists. They can be employed either in the pharmaceutical industry or work in independent research institutes. The researchers experiment with gene therapy, new active substances and new technology. Initial testing is conducted on mice or rats in the laboratory to document effects.

If the results of the animal testing prove successful, the next step is testing the drug on human subjects in clinical trials, which always take place where the patients are: in the hospitals and clinics. Here, the responsibility for the next step of research is passed on to the study nurses and doctors. The initial researchers are not allowed to be involved with the clinical trials to ensure they cannot affect the outcome.

Before a clinical trial can start, it must be approved by the health authorities in every country the trial takes place. The medical trial, in the form of a protocol, describes in detail the purpose of the study as well as how it is to be conducted. In addition, the Ethics Committee in all participating countries must approve the trial after carefully considering the ethical protection of the participants.

The clinical trials are conducted in four phases. It starts with phase 1, with a small number of participants  and proceeds to phase 4, with several thousand participants.

It typically takes 3-4 years, from the start of a clinical trial, until new medicine is ready to be released on to the market. Not every clinical trial has the positive outcome of new medication development.

We hope to work with another MS project in the near future. Therefore you are very welcome to join us and sign up as a member in the British Research Panel. Then we will contact you as soon as we have a relevant research project for your health situation. 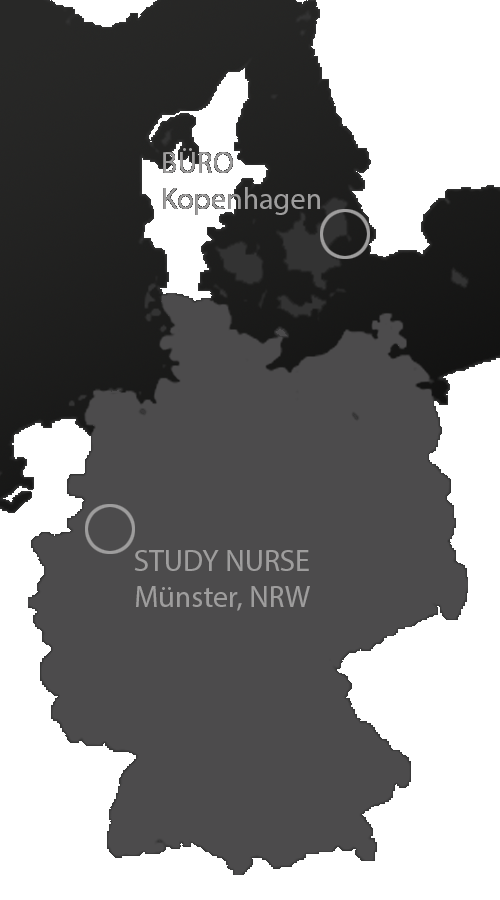